The Evolution of the Soda Heads

The ‘Soda Heads’ have always been around. They’ve evolved a lot since my high school days when my art teacher used to call them the ‘Motorbike heads’. I used to hate that he called them that, but I guess they were kind of like motorbike heads. Their faces were mostly featureless except for an upside down, shaded ‘L’ shape, that to me represented eyes. They were also hairless and they were mostly androgynous.

Back then I didn’t have a name for them but they were a major focus of my drawing time. I’d swing back and forwards between drawing empty landscapes, faceless motorbike figures or floating islands suspended in space.

I’m a lover of black and white so they mainly grew in monochrome. It wasn’t until I teamed up with my long time friend Luke for our 2011 exhibition ‘Invaders of the Lost Masks’, that they did a kind of Dorothy in Oz and stepped into colour (kind of dragged into colour, really).

The focus of the exhibition was a mash-up of our artistic styles. Luke’s work is always so positive, energetic and full of beautiful saturated pop colours. We were having a lot of fun creating and bouncing ideas around and the work was coming together well but my motorbike heads refused to collaborate. I was terrified.

As the exhibition loomed I lost sleep, became anxious, dragged myself through the mud and thought I’d failed before I’d started. Eventually I took a break, a step back and attempted to look at it from outside my head, delving deeper into Luke’s head instead. I can’t remember exactly how, but I was working on another piece one night when the idea of using Luke’s alphabetic patterns occurred. I had the idea of representing the white noise or fuzz that usually filled their heads, as twisted, angled shapes that both burst out of, and infiltrated, their heads. I saw it as the chaos inside was bumping around and escaping, bursting.

Spending so much time in Luke’s pop land, the white noise or fuzz I was playing with took on more of a fizz. And the fizz had a personality. A big one. Like an angry soda can.

In the end I did two different colour versions for the exhibition, but as part of the development for those paintings, I had over 50 different colour combinations. I couldn’t stop. Each one took on their own vibe and resonated differently. There is still an underlying melancholy as the character fights the mental fizz but it’s not as obvious when it’s hidden under the bright, distracting, pop colours. And in a new way, I kinda like that. 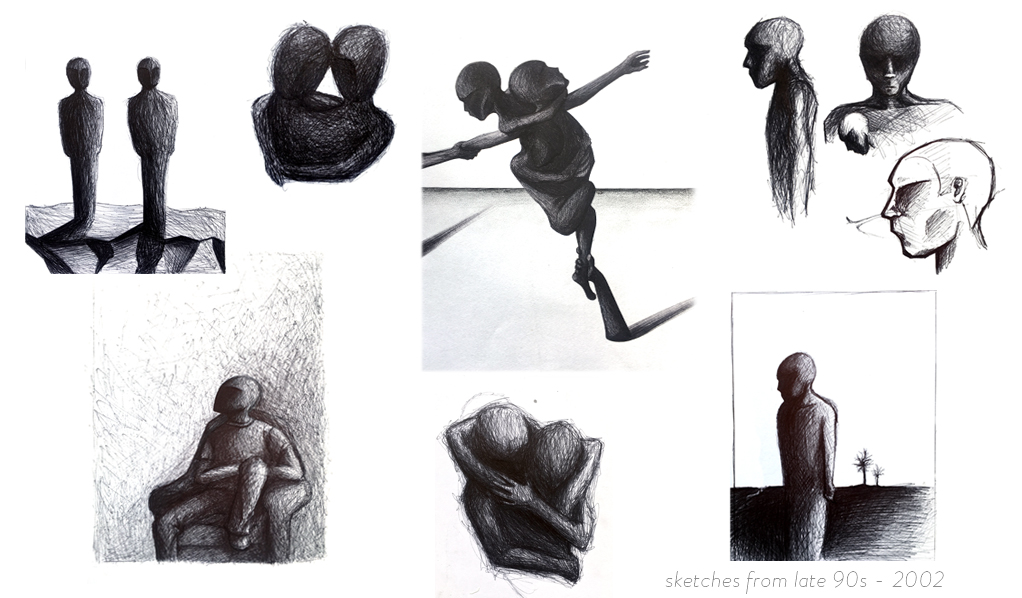 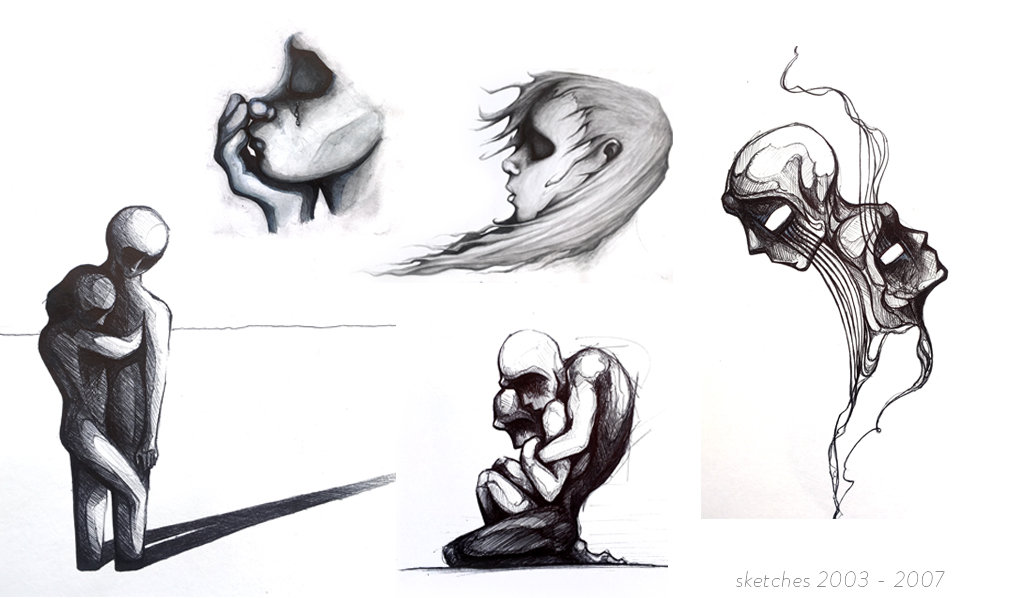 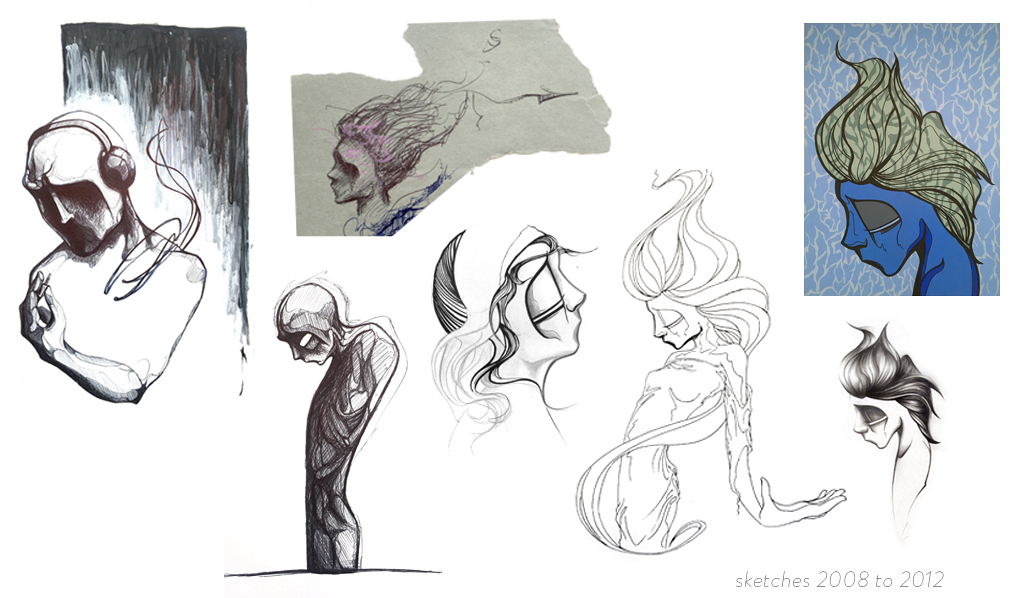 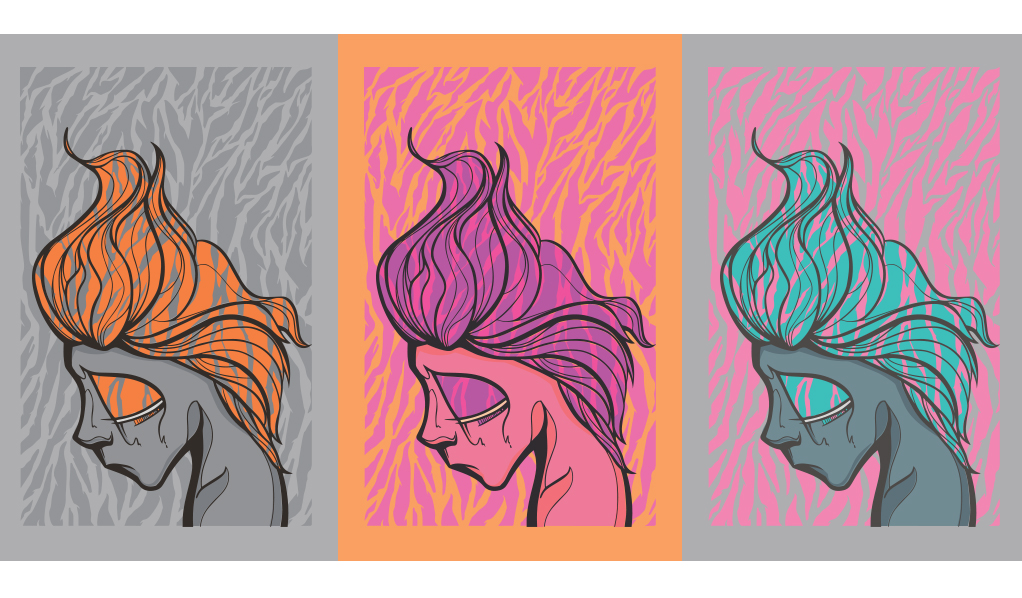 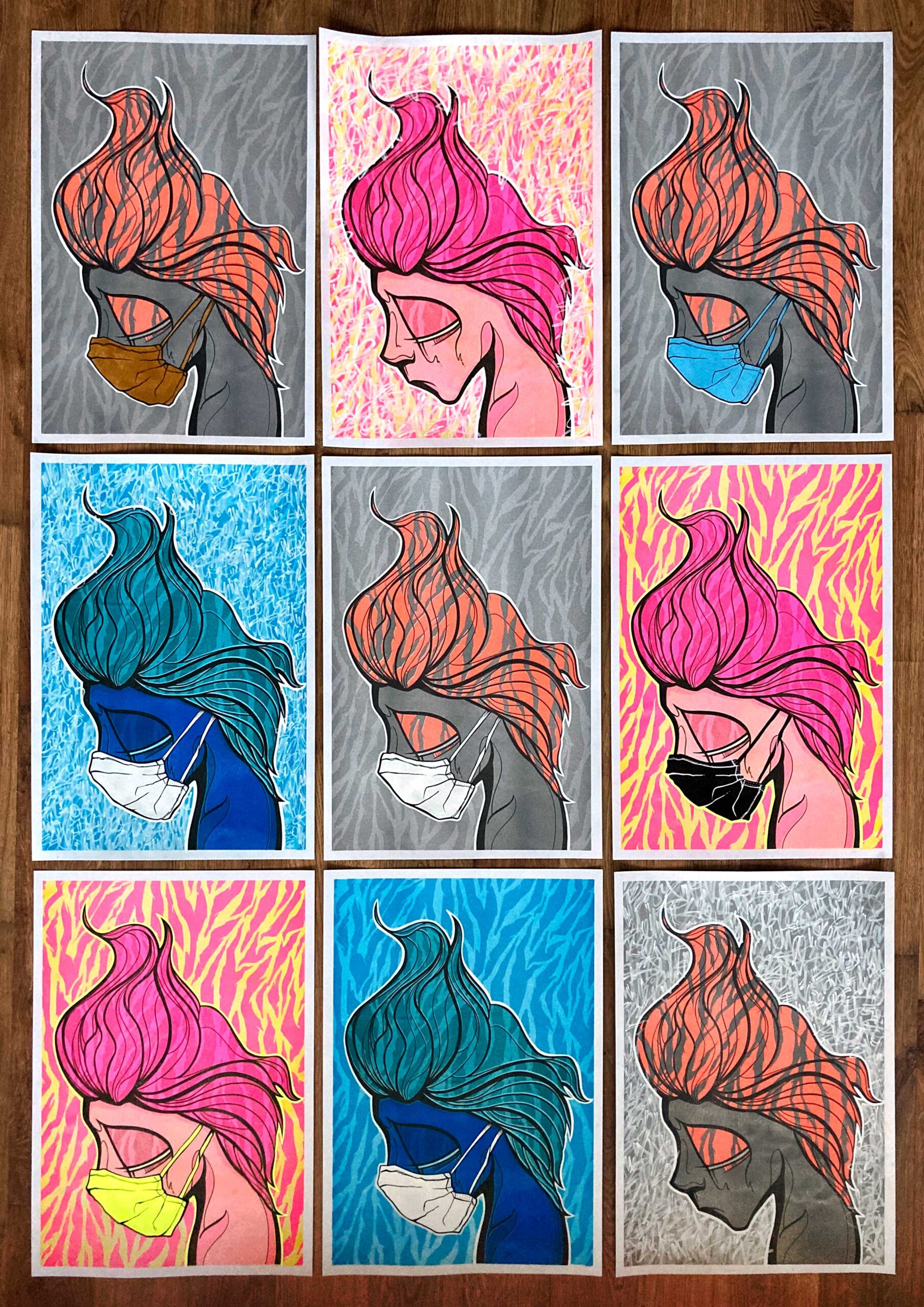